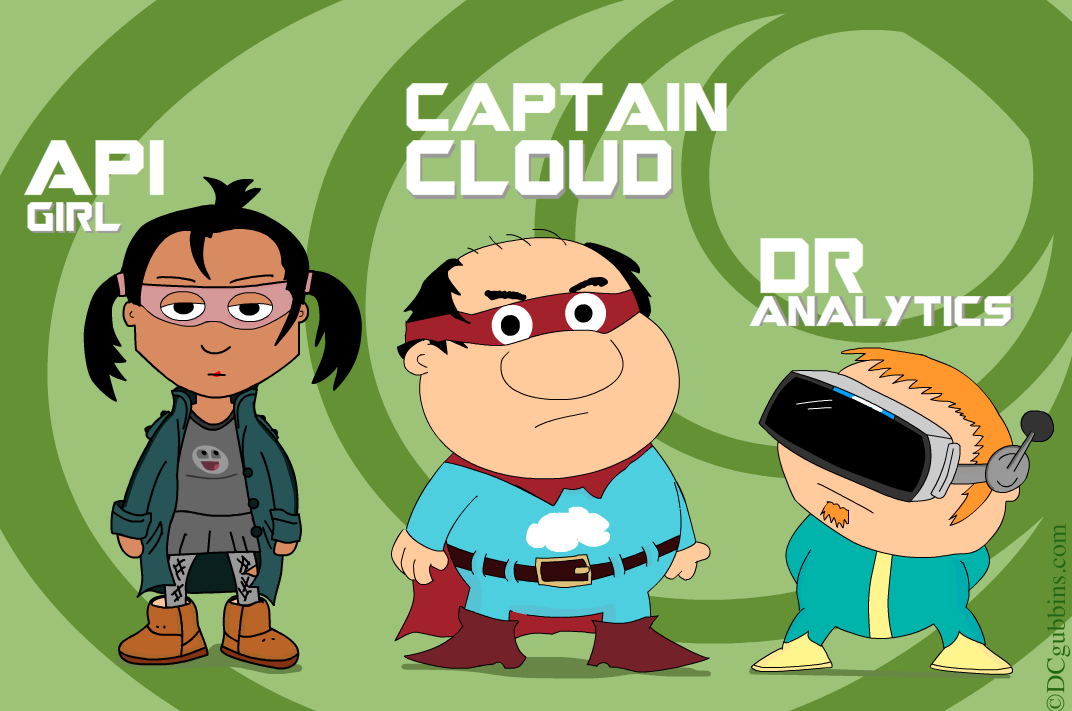 So Captain Cloud is building a team.

API Girl. She is definitely an IT girl. Very easy to chat to and has loads of resources and methods at her disposal if needed. So watch out! She loves Ugg boots, consistency and listening to Evanescence.

Dr Analytics is everything you would expect of a person who knows the past, the present and the future. He is definitely a know-it-all and someone you probably bullied at school. If you can avoid thumping him, he is a single source of truth and someone you can really trust.

Captain Cloud we kind of already know. He is in his mid 40’s, balding with a pot belly. He comes from a traditional IT world when CLI jockeys were king. He had a CCIE but its slipped now. These days the Captain is all about Cloud First, DevOps and Cloud Native. He saw the writing on the wall for traditional IT and made the leap. (Well he is able to leap building in a single bound… allegedly). He has recently taken to wearing a mask as too many people were starting to notice a resemblance to himself and Carl, a Solutions Architect from London. 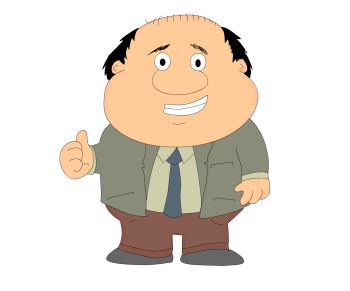